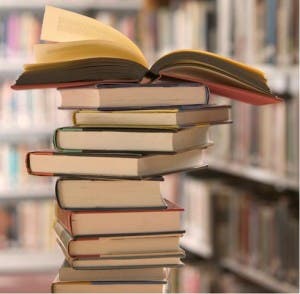 BOTH of my parents cried the day they left me in my halls of residence the week before I started university. At the time I didn’t really know how to react, but before I knew it I was crying too.

Maybe it was just all the emotion from doing the 200 mile trek from Reading to Leeds. Looking back now, however, it was only normal.

It’s almost a fashion for students in Britain to stubbornly uproot from their town as if they seem to be making a point. I was one of the many thousands who had chosen to migrate miles and miles from my home town to discover and embrace the true definition of independence.  There’s no doubt I wanted a fresh start when I moved away. For me, as it is for many others, this wasn’t about being ashamed or unhappy from where you’re from, but merely the yearning for a new start in an unfamiliar place.

Having already spent part of my degree abroad in another country, starting my student-teaching-life here in Granada didn’t seem like such a big thing. Linguistically, it’s an exciting challenge. Teaching at school can occasionally be another challenge. Adapting my day to Spanish eating times is also a bit demanding (watching my flatmates eat dinner past ten seems strange) but I’m getting there.

Although I’m not studying in Granada, I’m technically still a student and I live with two other girls who are studying master’s degrees. I therefore still live by the unwritten student rules: stealing my flatmates’ last egg in the fridge is unforgiveable; when it’s your turn to supply the next tube of toothpaste, failure isn’t an option. It’s just been by living and going out with my flatmates that I’ve come to learn how different the depiction of student life is here.

The girls who I live with are both from Jaén, the province just above Granada. Home for them is only a short bus journey away. They love Granada just like I do, – its studenty atmosphere, the buzzing nightlife, the cheap tapas bars, the shopping life… but  in spite of all of this they still tend to pop home nearly every other weekend, sometimes more often than this. It’s not just them though.

Their other course mates who I’ve met and befriended religiously follow this routine too.

In fact if I remember rightly, I’ve only met one student here from the north of the country. He told me he wasn’t your average student who goes home every weekend because the distance wouldn’t be worth it.

There’s a different mentality that exists among Spain’s young generation – at least in Granada anyway. Students feel a sort of fashionable nostalgia towards their town or city. Home is considered more than just a place with free central heating, the liberal opportunity to use unlimited amounts of toilet roll and to indulge in Mum’s homemade cooking.

Young Spaniards value not only the closeness that they maintain with their immediate family, but they’re proud of their origin.

They don’t feel the need to relocate hundreds of miles because they feel pride for where they have grown up. They’re sentimentally attached to their town in a way that, although I’d like to be, I’m not.

When my flatmates return from a weekend at home, they more often than not proudly bring something back from their pueblo to share. This ritual normally constitutes of some type of special food which is uniquely made in their town and nowhere else. Sofia often returns with ocillos, a type of salty breaded bun flavoured and coloured with red pepper. Last week Ana presented a special salchicho de pavo, a type of smoked sausage but made from turkey. Before I went home for Christmas she eagerly gave me a whole bag of sweets that had been made in her home town of Alcaudete and instructed me to take them home to share with my family.

It’s not that Spanish youths appear to lack independence, interest or adventure by maintaining such intimate contact with home life. In some respects, the affection that they show towards their birthplace is rather appealing – maybe it’s what we lack in Britain. Although I know where it is when I need it, I’ve flown the family nest and have left the tree for now, but Grenadian students are contentedly, and in their eyes, perfectly perched on the branches.