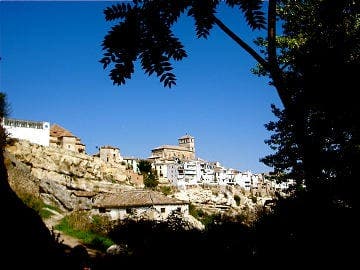 I HAVE, recently, had the urge to escape Granada for a bit, to get a change of scene. It’s been hard though.

Earlier this month I played host to various family members who came out to visit: the boyfriend, the elder sister with her man and of course, the folks. My time spent with them really made me reflect on the forgotten British habits that are religiously raved about back at home.

I greeted my parents at the entrance to Granada bus station; half an hour late than I was supposed to.  My mum shrieked in horror when I admitted to accidentally ignoring the alarm during my siesta to which I scowled at her for shrieking so loud in public.

As I lead them over to catch the bus into the city centre, I joined the group of people huddled around the stop, when it was father’s turn to comment. “Fiona, you’ve pushed in front of the queue!” I stared at him in amazement and looked around. “There is no queue,” I calmly replied. I reluctantly waited with them and we were the last to board. Only then did I realise that Dad was in a suit, (my Dad practically sleeps in suits) upon which I immediately pointed out that nobody on the bus – nor perhaps I dared to think in the whole of Andalusia – was wearing a suit.

That’s my opinion anyway. Very rare do I see a sexy Spanish man sauntering down the street in a suit. (I might have forgotten how to queue orderly but I can still bang out alliteration when required).

Embracing the role of tourist guide, I was determined to squeeze as much as I could into these long weekends in order to show my family the beautiful city that I have lived in for the past six months. I saw the same flamenco show twice in one week, visited the Albayzin on both Segway and foot and ate the best churros Granada has to offer in its’ famous Bib Rambla plaza on two occasions. I opted not to join my sister in the Hammam Al-Andalus baths (it would have been my third time otherwise) for fear of being recognised by the staff there.

Being reunited with the parents for the first time since Christmas certainly had its perks: I was treated to three course meals instead of my usual tapas endeavours.

I was nonetheless determined to show them this important part of Grenadian culture that I love so much. I couldn’t wait to show them the varieties of exciting food that I’ve lived off all year – but they didn’t quite share in my enthusiasm and it dawned on me why. It simmered down to a simple sum of food division. 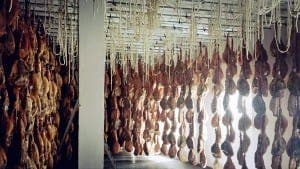 Firmly set in his traditional ways, Dad preferred to have meat, two veg and potatoes in front of him rather than faced with the precarious task of picking bits of jamón serrano off other people’s plates.

I must admit, when I first started out here I did find it a bit of a change switching from whole meals to plates of tapas.

There have been many times when I’d rather just have a wholesome plate of food to myself and not have to awkwardly deliberate over who has the right to claim the last croqueta or meatball.

Beggars can’t be chooses, though. Although I’ve laid off the tapas recently and have nostalgically yearned for fish ‘n’ chips, I know I’ll miss this culture once I’m back home to complete my degree. 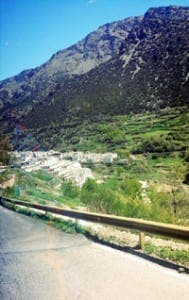 The following week, having said adio’ to the family in true Andalusian fashion, I continued my adventures, this time as a tourist and not as a guide. A few friends and I caught a tour bus up to the Alpujarra – the mountain villages in the Sierra Nevada that lie between Granada and Almeria. These quaint little villages are surrounded by exquisite views and tremendously capture the Sierra Nevada in all its’ glory. We visited Trevelez, the highest town in the whole of Spain, with its famous ham factory, Lanjarón – where Granada’s famous bottled water is sourced from, Pampeneira and Pritres, where we indulged in an artisan chocolate factory. 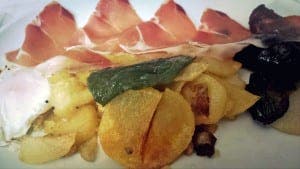 We ate lunch in a town called Portugos, where we believe it or not ate a whole meal, aptly named the Alpujarreño. This is a typical hearty dish exclusively eaten in the Alpujarra and comprises of morcilla (Spanish black pudding), fried eggs, jamón serrano and patatas a los pobres. The fatty meats of this dish supposedly provide the energy needed for the mountain people during the cold winters and its high protein content meant that we were well and truly stuffed afterwards.

Thankfully, there was no tapas.

Cristina Hodgson - 19 Aug, 2022 @ 08:45
A DAZZLING fireball has streaked across the sky of southern Spain. The bolide, which was generated by a rock (a meteoroid) came from an asteroid...