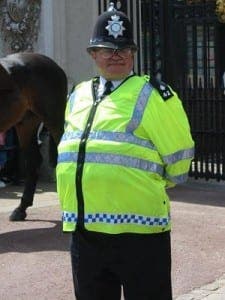 BRITS getting boozed up abroad could soon be kept in check by a familiar foe.

Spanish officials are hoping to see British police officers on the beat in holiday hotspots Ibiza and Magaluf this summer.

Up to a dozen British officers could join up with their Spanish counterparts in an attempt to clamp down on the ‘Brits abroad’ compromised reputation.

“The arrival of these officers will increase the security we want to offer both tourists and residents,” said the mayor of San Antonio, Ibiza.

“It will also help local Spanish police concentrate on making sure by-laws like bar opening hours are adhered to so they don’t find themselves overwhelmed by public order interventions.”

Last summer officers from France and Germany were called upon to keep watch over their respective holiday makers.

British police have previously been deployed to keep football hooligans in check, but have never before travelled abroad to keep an eye on tourists.