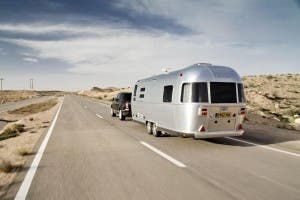 A SPANISH matchmaker is facing a backlash from politicians and feminists after sending bus-loads of single women to meet men in the country’s most rural areas.

For the past 20 years, 58-year-old Manuel Gozalo has run his ‘Caravans of Women’ scheme to ‘stave off depopulation’ in the country’s far-reaching corners.

In the past year he has sent more than 260 caravans around the country. Now however he is facing controversy.

More than 10,000 people have already signed a petition taking aim at what they call a derogatory practice that objectifies women.

“Feminists are calling this event sexist,” lamented Gozalo. “But it’s just a meet-up of women and men.”

Started in 1995, women pay €20 for a weekend of rural living, while their male counterparts cough up €50 to participate in the events.

While Gozalo insists it is an innocent event designed for single women and men to meet, feminists have taken objection to it.

“From the publicity, one would deduce that the women don’t have a right to decide who they will spend their time with or how.

“Instead that power will reside with the men who paid €50,” Marisa Tena, of feminist association Malvaluna, said.

“Every woman is free to do what they want, but this doesn’t make it right to hold an event that is negative for women and an insult to everyone else,” she added.

GLORIA STEINEM, an iconic fighter for women’s rights and equality, wins one of Spain’s top awards

Staff Reporter - 27 Jan, 2022 @ 13:04
The elderly are at risk of injury, illness, and disease. Due to this, many elderly people live with adult children in order to reduce...