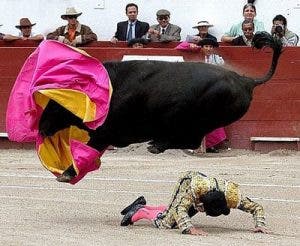 EVERY journalist feels that they have done a good day’s work then their writing stirs up opinion and provokes reaction, even if that was not necessarily their intention.

When I wrote a piece on Granada’s first corrida of the season a few weeks ago, I knew that it would provoke reaction, and I anticipated that most of that reaction would consist of disapproval, if not outrage.

Once again, I was reminded that, much of the time, rational, informed debate about the corrida’s artistic merits, its morality and its place in Spain in the twenty first century is rendered impossible because of the hysterical vitriol of its enemies.

I know that this subject will always provoke heated discussion, and I welcome that.

I have been back and forth about the corrida many times over the years, and have great sympathy for some of the arguments against it. But with this crucial qualification: if they are put forward as arguments. Those opposed to corrida do their side and their case no favours when they resort, as they so often do, to mud-slinging, to personal insult and, not infrequently, to wishing violent retribution upon their adversaries. 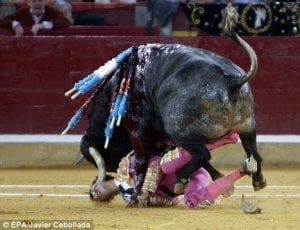 Alexander Fiske-Harrison is a fellow Englishman and writer on the corrida who also trained with Juan Jose Padilla, a legendary matador who lost his left eye in a horrible goring in 2011 (amazingly, he was back in the ring just five months later, his eye patch earning him the nickname ‘The Pirate’).

Fiske-Harrison wrote for the Olive Press on the corrida in 2012  – but he went a little further than I did, arguing that meat-eating Anglo-Saxons are hypocrites for opposing it and calling for its prohibition. This is an interesting, nuanced argument that deserves attention and merits serious discussion.

Predictably, though, the tone was considerably lowered in the comment thread that ran beneath Fiske-Harrison’s article; and because he is an actual matador, his opposition had a whole new arsenal of censure to plunder. Here is a representative example:

“When a bull – and hopefully it will happen sooner rather than later – rips your intestines badly and beyond repair so much so your, brain, as limited as it is with IQ, will realise that life is slipping away, and that because of your cruel, vindictive actions, hopefully, you will feel the pain that you so willingly inflict. I wait with anticipation of the news of your demise.”

Before long, this crazed invective becomes familiar territory for anyone who writes in appreciation of the corrida. And sadly, it marks the point at which dialogue about morality becomes impossible – almost comically so. You find yourself, as someone who writes in defence of this centuries-old Spanish tradition, being charged with immorality by people who, sometimes in the very same sentence, declare with frothing passion their desire for a fellow human being to be disembowelled.

Clearly, many in the anti-corrida camp have some serious self-examination to do before they can enter the fraught, interminable debate about its moral status and its future.

Cristina Hodgson - 29 Sep, 2022 @ 09:15
THE famous Caves of Nerja (Cuevas de Nerja) are without doubt, a tourist emblem of the municipality and the entire province of Malaga and...