WAS it an awards ceremony or was it Spain’s local elections? 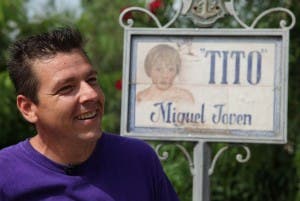 With models, rock stars and TV personalities standing for power, eccentrics and minor celebrities had varying degrees of success…

Singer and bass guitarist Victor Navas of band Cucaracha Dandi failed to bring Benalmadena into socialist power, pipped to the post by the PP party.

Meanwhile Miguel Joven who played ‘Tito’ in famous 1980s Spanish TV show Verano Azul, was one of the most mediatised personalities for Nerja’s election.

Joven made 12th place for the PP’s list in Nerja and saw the party fail to continue the absolute majority it had held since 1999.

And finally, socialist and ex-model Javier Cortes Sanchez will not strut around as Monda mayor –this time around – and resumes hospitality work at Marbella’s Puente Romano hotel.

They aren’t the only curious cases on the Costa del Sol, with an 80-year-old mayoral candidate heading up the PP in Alpandiere, and the youngest – 24-year-old Jose Santaolalla – starting out in Alozaina, unsuccessful but striking again in 2019.