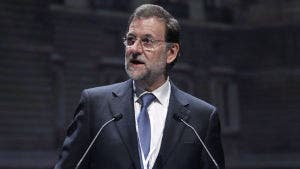 THE tenders are now in, but we will have to wait until October to find out who will be the lucky owners of Spain’s newest television stations.

In a strategic election-year move, Prime Minister Mariano Rajoy held a public auction to grant licences for six new digital terrestrial television (DTT) stations (three in high-definition and three in regular standard broadcast), which could begin transmissions as early as the end of this year.

Among the requirements, according to the Spanish official gazette (BOE), the station owners must guarantee a ‘pluralism of ideas’ and ‘free speech’. The prospective bidders also had to demonstrate that they turned a profit of at least €2.5 million during the last three quarters.

Bidding closed on May 28 and the winners will be announced on October 18 – one month before the scheduled general elections.

Current media conglomerates were not banned from participating in the tender, although candidates were only able to cast one bid each in one of the two categories being offered.

But does Spain need additional TV channels, which only serve the purposes of a certain sector in society?

About a year ago, the Spanish Supreme Court revoked the licences of nine DTT stations authorised by the previous Socialist government of Prime Minister José Zapatero because they were not offered through a public bidding process.

Brussels is also closely monitoring this auction to ensure that a similar situation which occurred in Bulgaria is not repeated in Spain.

In 2013, the European Commission took the Sofia government to court over its DTT licence-granting policy after it ruled that the auction held in that eastern European nation violated the Competition Directive because of ‘the disproportionately restrictive award conditions’ which led to ‘the exclusion of potential candidates’.

In layman’s terms, the EC wants to guarantee that Rajoy’s backers aren’t the only ones who are telling Spaniards what they should watch.