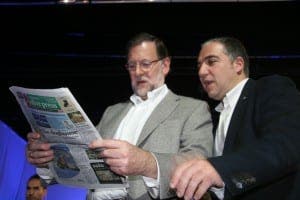 THE wimpish June 26 election campaign has kicked off with no new ideas and no new strategies.

It appears that the four political parties are again more interested in taking over government in a protagonist role rather than addressing the needs of the country.

Almost inevitably, Podemos, now rejuvenated with their pact with the prehistoric United Left, will attempt to entice – yet again – the socialists into a grand leftist coalition.

On the other hand, interim PM Rajoy and his Popular Party are still hoping the PSOE will group together, along with centrist Ciudadanos, to form a grand coalition.

Neither scenario is going to happen unless something major occurs.

The late night talk shows and interviews with candidates are full old rhetoric heard a thousand times before… no one is offering new ideas, and their focus seems only on rampant corruption, which is, understandably, one of the major concerns of Spaniards.

They all seem to agree on one issue: no one wants to go through a third round of elections.

But the only way that is going to happen will be if Spaniards go out and vote en masse.
And the only way to attract them to the ballot box is by offering them new solutions.