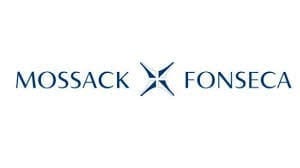 SO the Panama Papers are out.

Billed as the biggest leak in secret records about offshore accounts purportedly held by some of the world’s biggest movers and shakers, some 11.5 million private documents from the Panamanian law firm Mossack Fonseca were given to a German newspaper.

Released with much fanfare, they are still being pored over by an international consortium of investigative journalists.

But will there be any significant consequences? Will people be arrested? Will governments be brought down?

When Wikileaks released a batch of secret US State Department cables in 2010 there was a barrage of outrage around the world about Washington’s spying. The international whistle-blowing website exposed US diplomats gossiping and speculating about world leaders and monitoring telephone calls.

But no country severed diplomatic relations with the United States after the scandal broke. Even Washington did little to deny the information, except to issue a string of apologies at the State Department and explanations that these were routine observations carried out by foreign diplomats.

The biggest revelation coming out of the Panama Papers points a finger at Russian President Vladimir Putin’s associates, who allegedly stashed some $2 billion through a complex paper trail in offshore accounts in various tax havens.

The papers don’t mention Putin by name but the connection seems obvious. Will the Russian people take to the streets and demand his resignation?

No doubt the information from a data base at Mossack Fonseca – a law firm which has said that it has respected anti-money-laundering laws – is juicy story for any journalist.

Among those in Spain who have reportedly used Mossack Fonseca’s services, according to the leaked information, are Barça soccer player Lionel Messi, filmmaker Pedo Almodóvar and his brother, and King Juan Carlos’s sister, the infant Pilar de Borbón.

But as with Wikileaks, this too will all soon be forgotten after the storm passes.