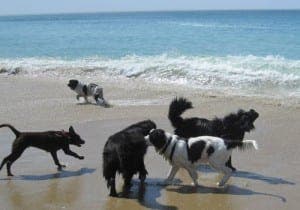 DOGS will be banned from all beaches on the Costa del Sol this summer following an instruction from the Junta de Andalucia.

The ban will run from June 1 to September 30 and will apply to all beaches – including the specific dog-friendly beaches that have been set up in Casares, Malaga and Fuengirola.

The ruling has been circulated to all 14 coastal municipalities.

Compared to the 450 beaches in the UK or the nearly 200 in France, the number of dog-friendly beaches in Spain is only around 50.