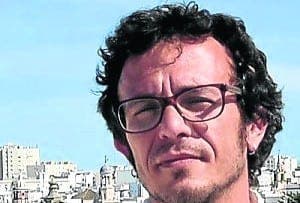 WHEN a family was due to be evicted from their home in Cadiz city they had an unexpected visit from the local mayor.

Not to come and support the police eviction… but to join a protest against it and almost get arrested in the process.

Radical Podemos mayor Jose Maria Gonzalez – aka ‘Kichi’ – was quickly on the scene when advised about the eviction on Monday.

He and four other councillors, who had stood against repossessions in the city, joined protesters at the home of the family, who had lived there for 25 years.

The mayor even tried to get the landlord to agree to let the town hall pay one month’s rent to buy the family time.

However despite his gallant effort at mediating, he was unable to stop police from forcing the family from the home after they received an eviction order.

Luckily a support network had already been set up since the new mayor took power last week and the family was taken to a nearby hostel until further arrangements could be made.

“This is a problem going back many years,” said the mayor, who is prioritising housing, food and reindustrialisation in the city.

“Most importantly this family will not end up sleeping on the streets,” the Por Cadiz Si Se Puede (Podemos) politician concluded.

He is not the only mayor to make a stand against home evictions, Barcelona mayor Ada Colau put a stop to two evictions – and that was just her first day on the job.