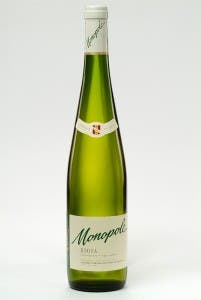 FOR any other 100th birthday, the done thing would be to crack out the champers.

But as Spain’s oldest white wine celebrates a century, it is only fitting to pour a chilled glass of Monopole.

The Bodega CVNE (Compania Vinicola del Norte de Espana) will celebrate, not with just one shindig, but an entire year of events for its famous, fruity white wine.

Although La Rioja region is famous for its reds, the area has a strong tradition for white wines – this one has been made there since 1915.

And the Spanish Monopole, produced in Haro, has performed in the polls, making the prestigious Wine Spectator magazine’s top 100 wines of 2014.

Acclaimed Madrid artist Eduardo Arroyo painted a series of watercolours to illustrate the vineyard’s history, and more activities are set to follow.

The oldest existing bottle of wine in the world is thought to be 1,650 years old.

It was produced in Speyer in Germany in 350 AD before being unearthed in 1867 and analysed by the Kaiser’s chemists.

It is sealed with wax – presumably for added flavour!