LIES, lies, lies… an apt title for the Weekend World’s response to the Olive Press’s investigation into owner Stan Israel.

Not only is the Weekend World’s ‘expose’ of the Olive Press and owner Jon Clarke full of untruths and libellous comments (not to mention countless grammatical errors) but the article’s main source is many times convicted criminal Nigel Goldman.

An infamous conman, who has now been forced to change his name to Howard Del Monte after we exposed his multi-million euro fraud of expats on the Costa del Sol last year, before fleeing abroad.

Describing the Olive Press as a ‘rag of a newspaper’ and its editor Clarke as ‘the lowest of the low gutter press hack’, Goldman probably feels he has scored a victory.

But all he has done, in fact, has put Stan Israel and his company Simply Media Group into the firing line for a very serious lawsuit.

In particular, the article claims the Olive Press is racist, is lying about its distribution figures and is regularly running made-up articles.

How intriguing then that on Israel’s own front page he insists advertisers – including prestigious Helicopteros Sanitarios and Specsavers – were fully aware and contracted advertising with him.

Because, as of this morning, both companies still insist this is entirely untrue.

A spokesman for the advertising agency that books Specsavers said: “We certainly didn’t contract or take any advertising with Weekend World.

“I have spoken to the central office and we are all in the dark over this.”

An email from the agent for Helicopteros added: “We are still trying to speak to them in order to denounce them.”

Furthermore, a new advertiser this week, Caleta hotel, in Gibraltar, also confirmed it had ‘no intention’ of paying for advertising with Weekend World.

Its manager said: “Although I insisted we were not interested and we would not be paying for any advertising, they ran it either way.”

Yet another advertiser confirmed that Weekend World bombarded them with ’10 or more calls’ asking them to advertise.

After repeatedly turning them down, the healthcare firm finally agreed to send the artwork on the basis that the ad was entirely free.

A full page advert for Iceland was also free, bringing into question how the 104 page newspaper is being funded.

In further lies, the Weekend World article claims that the Olive Press did not reply to its claims about distribution figures. In fact, we never received any email or even a phone call about this, which is highly defamatory.

The Olive Press also have over 5,000 unique visitors to our website reading over 20,000 pages DAILY… by far the strongest English newspaper website in Spain.

But the way that Israel and his small team of cronies likes to deal with our investigation is to start mud-slinging with very little actual basis.

Indeed, when we did finally receive an email, unannounced with no phone call, just hours before the Weekend World went to print this week there was no mention or query about our distribution figures. This is what’s called a right to reply, something which the newspaper clearly knows nothing about.

In addition, there were ludicrous claims that Jon Clarke was a member of Combat 18 – an extreme, right-wing, racist group – which we are now suing over.

This may well have come from Nigel Goldman, who created a dummy Facebook page in Jon Clarke’s name with a swastika on his head and the words ‘Jew hater’. This incident is now being investigated by British police.

It should be added that all five questions put to the Olive Press were fully answered in writing, including the fact that FAPE – a Spanish press association – had wrongly sanctioned us for a story where we had inadvertently not received a right to reply.

This week, a spokesman for FAPE confirmed to the Olive Press that it was awaiting our full detailed reply and would amend their report accordingly.

Furthermore, a claim in the second paragraph of the Weekend World issue 2, said FAPE said ‘The Olive Press is an example of journalistic sensationalism, its stories are simply used to attract the attention of its reader. Its content is quackery and pure gossip’.

In fact, the comment relates to ONE article alone, to which we adhered fully to UK press standards.

To be clear, the story was about a girl who expat readers of the newspaper in the Axarquia thought could be missing Maddie McCann.

It was published, without any pictures of the girl, within PCC ethical standards and after quoting on the record the girl’s father.

In addition, a claim that an owner of a property newspaper was falsely quoted in our article, the Olive Press can confirm that editor Jon Clarke himself spoke directly to him and he stands by his original comment.

He only in fact insisted he wasn’t named, in particular after receiving an ‘angry, aggressive’ phone call from Israel.

And finally, in response to the article’s bizarre finale… no Stan we will not label you ‘Colonel Gadhafi’s (again mispelt in Weekend World) love child’… that WOULD be libellous.

We stand entirely by our investigation into Stan and his companies last month. To read it in full, click here. 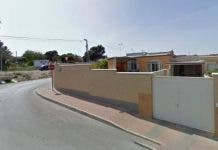 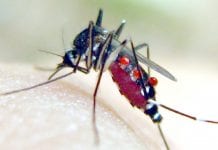