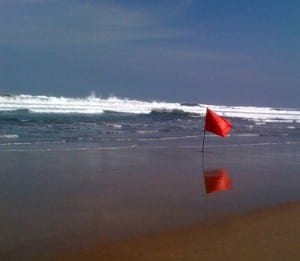 MORE than 100 people in Almeria were rushed to hospital for an allergic reaction to toxic algae.

Sunbathers were forced to go to hospital after coming into contact with the poisonous micro-algae on beaches in Cuevas de Almanzora and Vera.

Two beaches were closed in Cuevas de Almanzora and one in Vera following the outbreak of the ‘algal bloom’ in the waters off of the beaches.

Those affected were treated for severe chest infections and skin irritations.

The beach in Vera has now been reopened, while the two in Cuevas remain closed to the public while ecologist attempt to clean up the water.

Mayor Antonio Fernandez said he would work ‘around the clock’ to make sure the beaches were made safe.

“These micro-algae are still appearing on the water tests,” he said.

“None of the residents have shown severe symptoms, although we are still taking the problem extremely seriously.

“Tests are being carried out constantly and there is no need to worry.”

Alex Trelinski - 18 Jan, 2022 @ 18:03
PARENTS of a Valencia area child have gone to court after he got an unauthorised COVID-19 vaccination on Monday. The boy attends school in Paterna...