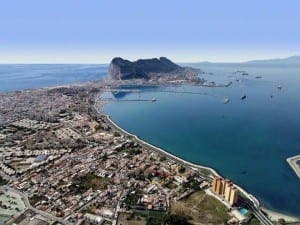 IT comes as no surprise that over 60% of Olive Press readers are supporting a campaign to unify Gibraltar with La Linea.

With Gibraltar seeing double digit growth for the last few years it makes perfect sense for La Linea to want to reach out an olive branch to its noisy neighbour.

Chief Minister Fabian Picardo for one, told the Olive Press, that Gibraltar could create 40,000 jobs for the unemployed in the area.

No doubt a La Linea-Gibraltar independant republic would face strong opposition from Spain but it could (maybe, just maybe) be the first step towards a blossoming Spain-Gibraltar relationship. Then again, that might be asking too much.