SPANIARDS are looking at their government with a more and more distrustful eye.

According to the Organization for Economic Cooperation and Development’s biannual release ‘Government at a Glance’, Spanish confidence in the national government has fallen 27 percentage points in the past seven years, reaching a low of 21% approval.

Spain is third to last on a list of 40 countries, with only Greece and Slovenia reported lower levels of confidence.

Only one in five Spaniards described the actions of the government as ‘correct and just’.

The report suggested that trust in government is directly correlated to factors such as strength of leadership, levels of corruption, and follow through on necessary reform. 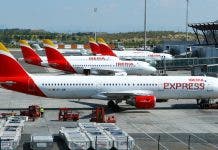 EXODUS: 1.5 million foreigners have fled Spain since outbreak of COVID-19