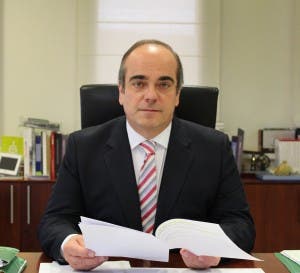 ANDALUCIA’S university chief has been sacked over his involvement in Spain’s largest ever public money scandal.

Francisco Triguero is the latest high-profile casualty in the ERE case, after it was revealed he benefitted from a €15.5 million grant to a Junta quango that did practically nothing.

He is now set to go on trial over his 2011 granting of the money to the Institute of Innovation for the Wellbeing of Citizens – known as I2BC.

The money was supposedly awarded to complete a half-built research and innovation facility.

However, the 12BC was already totally inactive, having previously laid off all its employees during a restructuring of the public sector.

Triguero, a friend of Junta boss Susanna Diaz, was first implicated in the ERE scandal a year ago, but has only now been sacked over his involvement.

Meanwhile, Triguero is also embroiled in a second investigation concerning long-term partner, Amparo Ruiz Sepulveda, who was paid a salary of €30,000 by the University of Malaga even while supposedly serving as Triguero’s official advisor in Sevilla.

Over €2.2 billion is believed to have been syphoned off in bogus grants over the course of a decade, in the ongoing ERE case.

The money, in the form of grants from Madrid and Brussels went into the so-called ‘reptile fund’ from which money was divvied out to friends and family of Junta members.

The case has seen former Junta chiefs Manuel Chaves and Jose Antonio Grinan now being dragged into court for questioning.

Elena Gocmen Rueda - 29 Jan, 2022 @ 09:15
A MAN has been arrested after he took advantage of his brother-in-law’s absence on holiday to steal his car and burgle his house. The Palma...