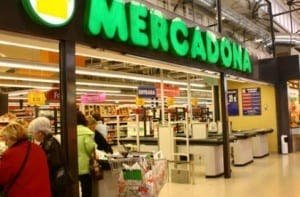 SUPERMARKETS in Extremadura are selling to the toughest crowd.

Families in this region of Spain are the most frugal in the whole country, spending a canny €3,840 on food annually.

At the other end of the scale, the average Basque family spent €5,000 on their groceries last year.

Closely behind their Basque neighbours, Catalans and Galicians were the only other two regions to spend above the national median on food.

Generally, Spaniards are spending less on food than before and splurged €60 less in 2014 than in 2013.

Staggeringly, the Spanish spend a quarter of their budget on meat, although this also saw a decrease in in 2014.

Fruit and vegetables are the second most popular buy, followed by bread and cereal while desserts and alcohol are the least in in demand.