THE workers’ union in Cordoba are denouncing the Junta for making them work in extreme heat.

Andalucia’s agreement with unions declares that between June 15 and August 30, bricklayers are not allowed to work during the afternoon due to high temperature risks, which Cordoba has experienced to the extreme with temperatures rising above 40 degrees almost every day.

The union claims that the Junta’s construction inspectors have taken no action against companies who have had their bricklayers working on multiple construction sites after three in the afternoon, even on Saturdays. 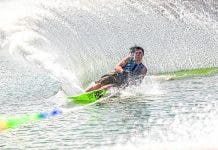