A YOUNG Australian triumphed in the Vuelta a Espana fifth stage from Rota to Alcala de Guadaira.

20-year-old Caleb Ewan of the Orica-GreenEdge team broke away from the swarm of Orica and Giant-Alpecin riders who overtook Peter Sagan in the last 250 metres to close the uphill finish.

Tom Dumoulin of Giant-Alpecin took the red jersey from Esteban Chaves, who sits at second, while Chris Froome is currently in seventh.

Alejandro Valverde, winner of the fourth stage and current fifth place, thanked Google Maps for his win, saying the night before, he and his teammates scooped out on the street-view feature where the best place to start the final attack was. 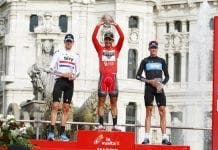 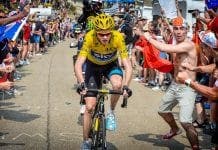