THE remains of a British woman missing since October 2007 have been found in Mallorca.

Jacqueline Marie Tennant, a swimming instructor and passionate hiker, was 45 years old when she disappeared while taking a walk through Mallorca’s Tramuntana Mountains.

Though police initially investigated several potential suspects in the disappearance, Tennant was long believed to have suffered an accident while hiking.

Her remains were discovered on Sunday (August 23) by a hiker who ventured about a kilometre from the path and spotted Tennant’s rucksack alongside human remains.

The rucksack contained identification documents belonging to Tennant, and the Guardia Civil has confirmed that the body is Tennant’s.

Results of an official autopsy are pending, but a spokesman for the Guardia Civil said, “Everything is pointing towards [Tennant] suffering an accident while she was hiking.” 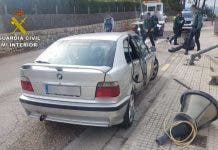