INDIE Rock from Madrid is coming to Malaga this month as Vetusta Morla bid a temporary farewell to fans. 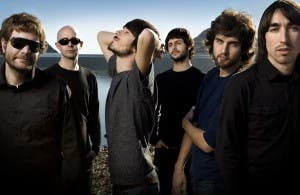 The popular Spanish band is set to play at the Palacio de Deportes Martin Carpena on Friday, September 25.

It could be their last show in Malaga for some time as they prepare to round off a year and a half touring the ‘La Deriva’ album, before heading back to the studio.

They have also written two new songs about the grand journey they have gone on since the album’s release to the point of these shows, which will be aired to the audience.

Tickets are available at: https://www.ticketea.com/entradas-vetusta-morla-malaga-septiembre/