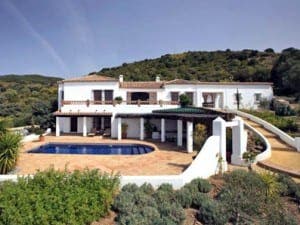 THE latest Malaga property sale data confirms the market has gone steadily up over the past year.

We have seen a rise of over 14% in July’s transactions, the biggest increase for the same period since 2008.

Spain’s Statistics Institute has just revealed figures for July’s residential property sales and Malaga province ranks above both the regional and national averages, registering a 14.5% increase compared to 2014.

Interestingly, less than 20% of homes sold were new.

This reflects the relative lack of new-build properties available in the market now, although it looks set to rise over the rest of 2015 and next year as more new developments are completed.

Although slower than June – which saw a 17% increase on the year before – July’s rise marks the eleventh consecutive month of growth.

Malaga alone accounts for almost a third of the region’s total marking a comeback  since the all-time low of March 2013 when less than 1,000 homes changed hands.

After six years of falling house values, Spanish property prices are firmly on the rise, with a 4% increase in average prices in the second quarter of 2015 compared to last year.

This is not only a 1.5% increase over the first quarter of the year, but is also the largest jump since the end of 2007 and is the fifth successive three-month period in which house prices have risen. New properties increased in value nationwide by almost 5%, while the price resale homes climbed by some 3.8%.

All this is clearly good news for vendors who held on to their homes during the darkest hours of ‘la crisis’.

But it should also come as a reminder to buyers who may have had doubts about entering the marketplace over the last few years that now is the time to move, before prices climb any higher.