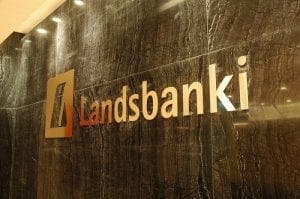 A MULTI-MILLION euro equity release scheme that left hundreds of expats in Europe in financial ruin is to go to trial.

Lawyers of Icelandic bank Landsbanki are facing a string of charges including tax evasion and money laundering, while the bank itself faces fraud charges.

This includes links to Rodrigo Rato, former head of the IMF and Bank of Spain and a close friend of Spanish Prime Minister Mariano Rajoy.

French criminal courts have formally ordered that the Landsbanki case goes to trial over the selling of equity release schemes in Spain and France.

The long running saga has seen numerous victims, largely to British expats on the Costa del Sol and Costa Brava and in France.

The bank’s head lawyer in Spain, Domingo Plazas, has now been formally charged with tax evasion and money laundering.

In fact, the head lawyer at Plazas Abogados currently acting for Landsbanki and Jyske, has been indicted for aiding top former politician Rodrigo Rato to evade taxes and launder the proceeds.

Lawyer Antonio Flores, from Lawbird in Spain, said: “This is great news and a relief for so many who have seen Spanish Courts blow hot and cold over this massive scam.”

As the Olive Press has reported over the last few years, hundreds of British expats lost their homes after the Icelandic bank collapsed in 2008.

While Antonio Flores is representing 10 Spain-based victims a further 100 are being represented by Martinez Echeverria.

After Landsbanki went into liquidation many expats were left owing thousands of euros on an equity release scheme run by the Icelandic bank and sold through unscrupulous financial advisers.

This type of scheme, which allowed pensioners to borrow 100% of the value of their homes, has been banned in the UK since 1990 but was sold to Britons abroad in the early 2000s.

They were told the return on the investment would pay off the interest on the borrowing and provide an income for life.

However, when Landsbanki collapsed at the start of the crisis, the investment return plummeted, leaving expats with huge interest bills.