THE Gibraltar Chamber of Commerce has called for a government crackdown on unregistered employees in its election wish list. 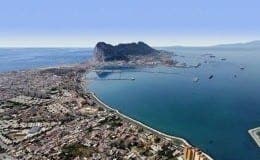 The Chamber’s board of directors have published what they believe should be the economic priorities of the new government, following this winter’s elections.

A modern and efficient taxi service, an end to the unfair abuse of government accommodation and an annual political roadshow in Spain are three of the key proposals.

“We hope to convince the political leaders to adopt all of these measures for their own manifestos.”

The chamber believes a whistle-blower hotline set up to expose businesses hiring illegal labour and unregistered employers would be a significant improvement. Labour inspectors would then act on tip-offs and impose increased fines for those found guilty.

Other suggestions include an annual increase in the minimum wage, a more holistic plan for the transport network in respect of tourism and reducing the employment disparity between the public and private sectors.

“Even well established companies have lost valuable staff to the public sector. Many companies in the private sector simply cannot compete with the term, conditions and increasing salaries offered by the civil service,” states the chamber.