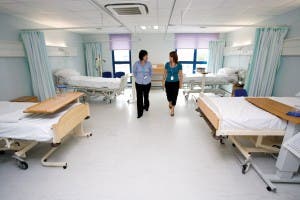 CANCER sufferers are less likely to die if they are treated in Spain than in the UK, reveal recent statistics that find Britain lagging behind western Europe.

The cancer survival rate in Spain is almost 53% compared to 50% in the UK.

Denmark was the only other ‘rich’ country that performed as badly as Britain, and also has an NHS-style system.

The study analysed 7.5 million patients across 29 countries in Europe.