IF you are a hotel owner, it doesn’t get much bigger than winning an accolade at the World Travel Awards.

Hotels, resorts and businesses in both Spain and Gibraltar have taken numerous honours at the top travel industry event, with several establishments in Andalucia also coming up trumps in the latest prestigious rankings.

We knew trade was on the up but the awards are an official reminder that business is not only back on track but flourishing.

In fact, the entire Iberian Peninsula came out smelling of roses this year, with big winners not only in Spain but with the notably increased presence of Portugal. TAP Portugal won two Europe’s Leading Airline awards for its South America and Africa routes.

As voted for by travel agents worldwide at the 22nd annual awards ceremony in Sardinia, here’s how the glittering line-up stacks up, locally and nationally…

A HAT-TRICK of accolades made the awards ceremony a starry starry night for the Caleta Hotel.

Fellow nominees in the categories – the O’Callaghan Eliott Hotel, Sunborn Yacht Hotel and the Rock Hotel – were thrice pipped at the post by the four-star stunner overlooking Catalan Bay.

GOLDEN sands and refreshing breezes make the Costa de la Luz is a dream destination but it’s no fantasy that the village-like Fairplay Golf Hotel & Spa in Cadiz has taken the all-inclusive trophy.

“We have seen difficult times and it’s really great to have this boost to get back on track,” said Managing Director Martin Schneck.

THE healing waters of the Hotel Villa Padierna Thermas Carratraca near Malaga are known worldwide and the Norwegians have an especially soft spot for this mountain spa retreat. Their  queen came here to get pregnant!

“Our in-house doctor and nutritionist make it a destination for many kings of Europe and it is in a very special place,” said General Manager Jorge de Almeida.

The privately-owned seafront hotel is also within striking distance of Miraflores Golf Club and Fuengirola Bioparc … something for everyone!

FOR the utmost in luxury, the exclusive Kempinski Hotel Bahia Estepona has shown other hotel residences how it’s done with its unparalleled suites.

It was voted ahead of three top Barcelona hotels and one Mallorca resort for its five-star finesse.

A PRIVATE chef is most people’s idea of luxury. But what about massages at dawn, caviar for brunch, a butler, maid, private spa therapist and 24-hour, nothing-is-too-much-trouble service?

Marbella Club Hotel’s Villa del Mar has it all, set in 6,200m2 of beachfront bliss.

CLINGING to a cliff in Mallorca, the luxury Jumeirah Port Soller Hotel and Spa has won the coveted prize of the best hotel/spa combination in all of Europe.

The brand has been successful in ‘spa wars’ contests before, having been voted the Middle East’s best hotel brand several times.

THE stakes were high but when the chips were down there was no casino on the continent to touch Gran Canaria’s Lopesan Costa Meloneras Resort.

GAUDI knew it, Dali knew it, and now the world knows it too. Barcelona is worth the trip.

The city’s port sailed away with the award for Europe’s leading cruise destination, ahead of Copenhagen, Amsterdam and three Turkish ports and last year’s winner, Lisbon.

And it was double bubble for Barca, voted best in Europe for business conferences for the second year running.

THE Mediterranean is awash with beachfront establishments so Alicante’s Diamante Beach Spa Hotel’s win is all the more impressive.

The Calpe-based hotel was on sparkling form, beating contenders from Cyprus, Italy and Greece. 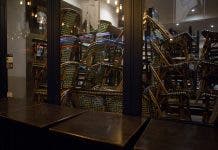 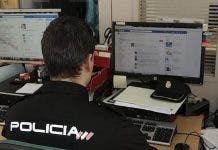