A WOMAN who claimed to be groped by Freddie Starr has revealed she is following him out to Spain.

Karin Ward’s representatives are set to slap a writ on the fallen comedian on the Costa del Sol, where he has fled to avoid a massive legal bill.

Her lawyer in the UK told the Olive Press he was set to slap a writ on Starr, 72, at his new home in Mijas.

Lawyer David Price insisted the funnyman was breaking the law by not paying the £1 million legal bill he owes her.

“He has to pay up,” Price told the Olive Press this week.

“He lost the case in court and is now trying to get out of paying up anyway he can.”

However, when the Olive Press tracked Starr down to his La Cala Hills bolthole he said he was ‘skint’ and couldn’t afford to pay up.

“I didn’t run away because of the court case,” he said. “If you haven’t got socks, you can’t pull them up.

“I’ve got no money, plain and simple.”

In August, court officials attempted to serve a statutory demand order to his UK home when his first payment of €450,000 was missed.

But the comedian had already fled the country and was hiding out in Spain. 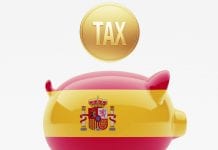 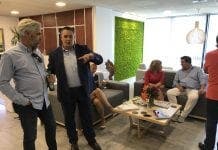 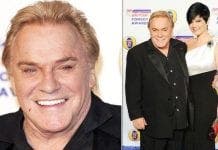