SPAIN’S dental body has reacted angrily after a bogus dentist was given a paltry 1,000 euro fine for practicing without a licence. 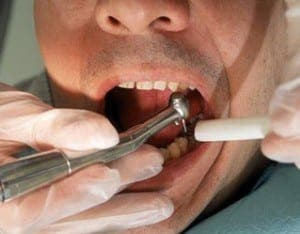 The Board of Dentists described the sentence as ‘insufficiently mild’, after the dodgy dental technician was found guilty of treating patients at his dad’s house for over five years.

The Spaniard, who the authorities have bizarrely refused to name, had even been fitting false teeth without using prescription medication.

He has now been made to pay legal costs and €1,250 in civil damages to two patients after being found guilty of ‘professional intrusion’.

The judge at Algeciras Criminal Court ruled: “He jeopardised the health of all those who attended the consultation, by not having the necessary training to work as a dentist.”

The Board of Dentists has now called for a change in legislation and tougher penalties for such crimes, describing the sentence as ‘very mild and insufficient’.