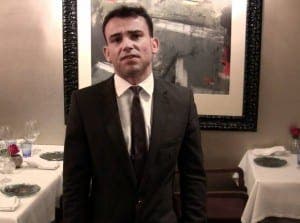 A MICHELIN-starred restaurant owner continues to wage a bitter war against his ‘noisy’ Christian brotherhood neighbours.

Despite the owner Marcos Grande of Marbella restaurant Skina  complaining officially three months ago about the damage done by Rocio Brotherhood’s raucous celebrations, little has been done.

Aside from Marbella town hall obliging the fraternity to remove their chairs and tables from the street, they continue to congregate noisily to the discontent of local businesses and residents, he claimed in a press conference.