CHANGES to Spanish law that come into effect from January 1, 2016, leave consumers buying  off-plan property from developers at much greater risk of financial losses. Only banks and insurers look set to benefit. 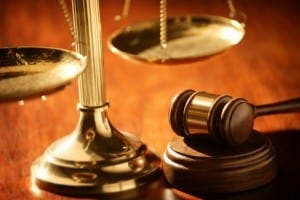 In July this year, a yawn-inducingly titled piece of legislation – Ley 20/2015 concerning the organisation, supervision, and solvency of insurance and reinsurance companies – found its way onto the Spanish statute books. So far, so what, you might be thinking.

Most of it is of no interest to prospective property buyers in Spain. But it also repeals an almost half-century-old law about bank guarantees that in recent years – thanks to a series of pro-consumer decisions by the Supreme Court – has heavily favoured purchasers in disputes with developers, banks and insurers.

To find out how this new law affects off-plan property purchasers in Spain, we talked to Adolfo Martos Gross, a partner in Costa del Sol law firm GAM Abogados. He gave us some very good advice about what you should do before handing over any money to a developer from the start of next year.

The first change concerns a buyer’s right to demand a refund of sums paid in advance (and that are guaranteed by a bank or insurance company), in the event the developer does not deliver the property on time. Until now, this right could not be waived. From next January it may be, allowing an unscrupulous developer to slip such a clause into a contract.

While Adolfo notes that buyers are still protected against onerous clauses by consumer protection laws, there’s now a chance one could be included, so his advice is to read the small print very carefully.

Secondly, Adolfo says, buyers used to be covered for all amounts advanced to a developer, even those paid prior to the granting of a building license which can take months to secure. But from 2016 on, you can only recoup funds paid once a license has been granted.

Bank guarantees will, henceforth, only cover amounts paid on the books, subject to official receipts. Ostensibly a means of combatting money laundering, this potentially lets banks and insurers off the hook for under-the-table payments. Adolfo recommends you retain proof of payment for any money that changes hands. He also points out that payments in cash that are not declared are illegal and constitute an offence.

Rather than including all the buyers in a new development under a collective bank guarantee, developers will be required to give each buyer an individual guarantee, specifying the exact property being bought, and the buyer’s full details, when they make the first payment. Don’t let go of your money without getting your certificate in return. And you don’t have to pay for the guarantee; it’s the developer’s responsibility.

While the right to claim back advance payments (for example if delivery is delayed for whatever reason) used to be valid for up to 15 years, the new law reduces the period to a maximum of 24 months.

While this might sound like plenty of time, it’s not unusual for a developer to hand over a property behind schedule, so the sooner you claim, the better.

Meanwhile the executive procedure in place until now which enabled buyers to go to court to get a bank guarantee enforced, usually possible in a question of months, has also been eliminated. It has been replaced by a much more long-winded process, with the possibility of having to wait years for funds to be recouped.

In summary, Adolfo says this new legislation leaves buyers in a significantly more vulnerable position, restricting their rights, curtailing guarantee periods and making the process of putting in a claim much more bureaucratic than before. His advice: if you’re buying property off-plan in Spain from 2016, get a good lawyer.

Spain has 2.6 million uninsured vehicles driving on its roads