But a light-fingered Duquesa Port thief left holidaymakers €220 lighter when he posed as a helpful stranger.

John and Muriel Kingston, 83 and 75, were wandering through the port when their backs got splattered by ‘bird poo’ and were helped by a ‘friendly’ stranger armed with tissues.

Later they realised John’s pockets had been emptied and their clothes were covered with a mixture of melted chocolate and sand.

“People target older people because they think we are stupid, and I suppose on that morning we were a bit,” said Muriel. 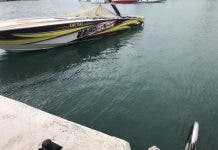 Body of ‘British’ man was floating in water ‘for hours’ before being noticed, say workers at port on Spain’s Costa del Sol 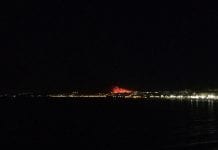