A TUNA-CHOMPING policeman’s fishing catch has come back to bite him. 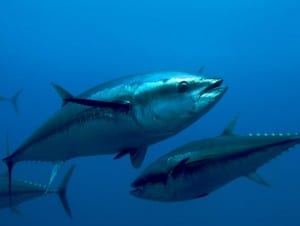 Los Barrios bobby Manuel Gil Marquez was caught with a bluefin tuna while fishing without a licence at Punta Europa.

Marquez initially threw his precious catch overboard when he was approached by Royal Gibraltar Police.

When a police officer came on board, he claimed he was fishing in Spanish waters and didn’t recognise British jurisdiction, begging not to be arrested.

He was later fined €1,123 for fishing without a licence and two counts of obstructing authority.

“The law must be enforced, whether you’re native to Gibraltar or not,” said regional government delegate Antonio Sanz.