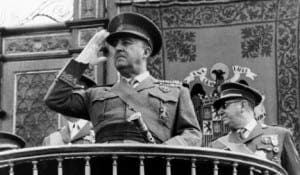 CHURCHES across the country are holding masses to mark the 40th anniversary of dictator General Franco’s death.

Today marks the anniversary of the end of Franco’s 36-year rule.

Anniversary memorials have been taking place since Wednesday and have come under criticism by the relations of hundreds of thousands of people who were killed or disappeared during the dictator’s rule.

At least 16 Catholic churches are to hold services, including the basilica at the Valley of the Fallen, where the general is buried in a tomb built by political prisoners.