SALTYDOG Investor is just coming up to its fifth anniversary, and what a tumultuous half decade on the world stock markets it has turned out to be.

Financial problems have continued to plague most countries throughout this time, and to date there has not been any certain evidence of a recovery within the banking industry.

The European Union is far from a settled and directed community. China has risen as an economic power, and is now facing the problems of establishing a stable and balanced economy. Oil fracking in the USA has created a price battle with the established oil producing nations, resulting in prices more than halving, to the benefit of users but not suppliers. Russia has been flexing its military might to impress and keep in line previous satellite Soviet countries. This has resulted in the western world imposing trade sanctions which, coupled with the falling oil prices, are wrecking the Russian economy.

This is the stressful environment the SaltyDog Tugboat portfolio has been operating in, during its five years of existence. Some days it has seemed that the markets would fall faster than you could do up your shoe-laces, only to see them recover over the following few days.

Our original intention with the Tugboat portfolio was to try to achieve a relatively safe rolling return after costs of 10% p.a. It was to be a demonstration for ourselves and our subscribers that it was not necessary to have your money stagnating in cash ISAs and bank coffers, earning you nothing. This we have proved beyond any doubt, as the Tugboat portfolio has avoided all the major market drops during this five year period, whilst enjoying a steady rolling return of 9% p.a. Unfortunately not the 10% we were looking to achieve, so that is a disappointment. Still, we must not take the world too seriously (as we all know, none of us will get out alive)!

When looking at your investments it’s important to believe that, with care and attention, tomorrow can be better than today. The world needs both the optimist and the pessimist. The optimist invented the airplane and the pessimist the parachute.  They act as a counterbalance to each other, forcing us to examine whether our glass is half empty or half full.

At SaltyDog it is always half full and we fully intend to claw ourselves back to that target of a 10% p.a. rolling return.

• To find out more about SaltyDog Investor, or better still to take the two-month free trial, please go to their website www.saltydoginvestor.com. 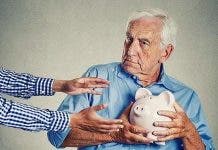 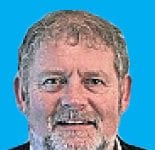