The Constitutional Court blocked the bid made by the Catalan parliament last month.

The Spanish government appealed to the court against the declaration two days later. 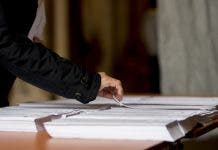