A SPANISH singer is set to offload two Andy Warhol paintings given to him as a birthday present by the American artist. 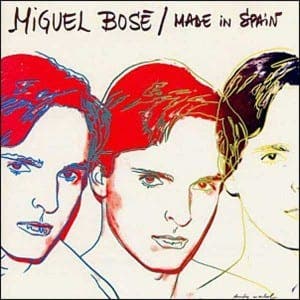 Miguel Bose could cash in to the tune of half-a-million euros when the Warhols go under the hammer at Christie’s auction house in Paris in December.

Known as ‘piss paintings’, the works were created with the urine of Warhol’s students.

“I’ve always been a big fan of Andy Warhol, not only as an artist but also as a person,” Bose said. “I have enjoyed these paintings for 30 years and now it is time for someone else to enjoy them.”

The pair met when Warhol designed an album cover for Bose’s album Made in Spain.

Bose, the son of Italian actress Lucia Bose and bullfighter Luis Miguel Dominguin, always had a fascination with the arts; befriending both Pablo Picasso and Ernest Hemingway.

Celebrating Pablo: Year of events to mark the 50th anniversary of Picasso’s death launched in Madrid