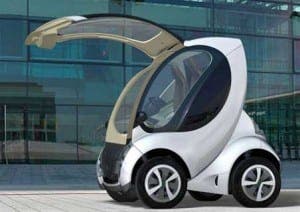 IT was billed as the car of the future, the answer to oil supplies and the kickstarter to Spain’s economy.

In 2012, the Hiriko project promised to create green jobs at a time when the manufacturing sector was nose-diving.

In total more than €75 million was invested by Spain’s government and the EU into the CityCar – an electric, foldable car with four wheel drive.

Fast-forward three years and plans have gone down the tube after a corruption scandal put a major spanner in the works.

Production has been pulled and Jesus Echave, Spanish chairman of Hiriko, along with six other board members, are under investigation for misuse of public funds and falsifying documents.