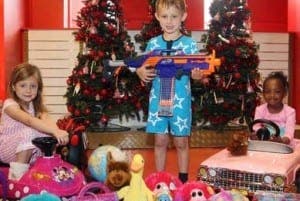 SALES of fake children’s toys and games in Spain are among the highest in Europe, costing the nation’s manufacturers millions according to a new study.

The market in cheap Chinese counterfeits costs the country €167 million in lost sales each year, 16.6% of the total, the OAMI report states.

And Spain ranks fifth in Europe – behind only Romania, Bulgaria, Greece and Hungary – on the worst offenders list for retail rip-offs.

The OAMI report states that the sale of unlicensed toys is costing the sector 498 jobs, 13.7% of the total.

It also reveals that after  IVA and IRPF tax losses are taken into account, the cost to the Spanish treasury is €370 million.

The report looked at toys such as action figures, dolls and jigsaws, but omitted video games, video game software and bicycles.