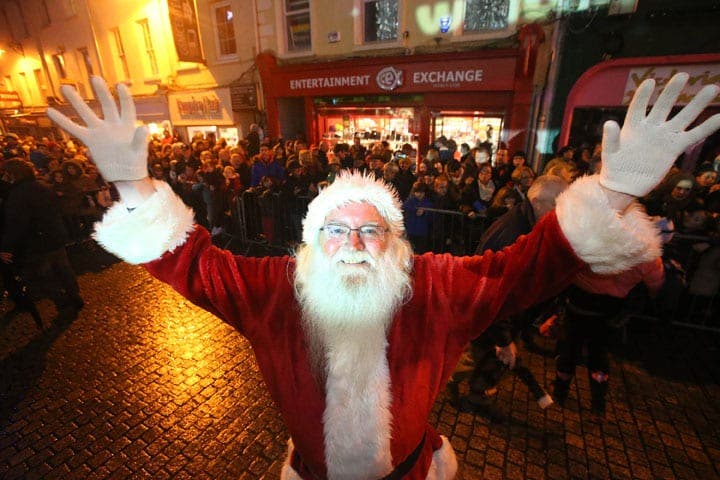 CHRISTMAS in the UK has become completely commercialised, just another excuse to buy stuff – in this case between Black Friday (a US import no one had heard of a few years ago and has now gotten completely out of hand. The retail version of Miley Cyrus if you will) and the New Year.

But at least in Spain we are still allowed to call it Christmas. In some council offices in the UK the festivities were renamed “Winterval” a few years ago. Presumably not to upset Ahmed in accounts.

This being Spain, of course, we tend to start celebrating Christmas from the public holidays on December 6 and 8 through to Epiphany on January 6, when Spanish children traditionally received their presents from the Three Kings. I’m not sure how it works for children with dual nationality. Perhaps they get half their gifts on December 25 and half on January 6.

The Christmas music starts much earlier of course. One of my other jobs is in radio (yes, gentle reader, hard to believe it’s true but even my handsome monthly retainer from the Olive Press is not enough to sustain my extravagant lifestyle).

And this time of year always involves the dreaded Christmas record. I thought Yoko Ono screeching along to “Merry  Christmas War is Over” was bad enough, and don’t get me started on Noddy Holder yelling “It’s Christmas”, but that was before I heard the Spanish Christmas songs that belt out over the tannoy at your local supermarket. They make the Gypsy Kings sound like Brian Eno.

As well as the music, the other thing to beware of at the supermarket is turon. Maybe it’s my Northern European upbringing but one of the most important things about Christmas to me is the chocolate – Quality Street, After Eight Mints and of course the mighty Terry’s Chocolate Orange.

Turron misses the festive point completely and I have since deduced that since turon is practically inedible, the only thing that you can do with it is give it to someone else as a gift, a sort of Christmas pass the parcel.

The Spanish do their celebrating on December 24, which means that Christmas Day is quiet on the coast as you enter the dreaded festive no-man’s-land between now and New Year’s Eve. I try and break the deadlock by throwing a Boxing Day Bash up at the Casita, where the kids get to burn off some of their chocolate-induced energy on the boats, while the “grown ups” work on their hangovers with the Bloody Marys.

My Spanish friends have embraced the fact that Boxing Day is a fiesta with gusto, and are usually the last to leave, singing “supermarket-style” carols.

“Lifestyle choices” mean that I now longer celebrate New Year in the same riotous way (the 1995 churros melee in the Plaza de Naranjos that was broken up by the Guardia Civil will live long in the memory), but my reputation does somewhat precede me.

I’ll be celebrating 2016 with a large con gas, and if anyone asks while I’m not heading out on December 31 with the crowds, will smugly reply “New Year’s Eve is for amateur party goers. I, my friend, am a professional!!!”