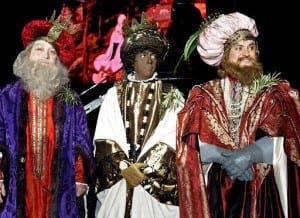 I AM writing this issue’s column during the festive No Man’s Land between Christmas Eve and New Year’s Day.

It’s the time of the year when you aren’t really sure what day of the week it is, although to be honest, as a freelance journalist that applies pretty much to every other time of the year as well, especially as it relates to deadlines. My many exasperated editors will vouch to the fact that I am very much a follower of the late Douglas Adams, who famously quipped: “I love deadlines. I love the whooshing sound they make as they fly past.”

This is also the time of year when it is socially acceptable to eat chocolate, scoff mince pies or finish off last night’s bottle first thing in the morning. (Again, as a freelance journalist this applies pretty much to every other time of the year as well, although chocolate digestives tend to take the place of mince pies).

After intensive testing I can reveal that the After Eight mint is the most easily digestible chocolate at 9am, but steer well clear of the Ferrero Rocher. The crunching noise that they make the morning after the night before will have you reaching for the Alka-Seltzer. And I regret to inform you that I have yet to find the perfect breakfast burgundy.

In the UK, Christmas celebrations are over by January 2, but here in Spain we like to prolong the festive season for as long as possible. Three Kings on January 6 is the final day of celebration, with Spanish children traditionally getting their presents the night before.

The evening is marked by the procession of the Three Kings, which for a grumpy bachelor like me is something of a living hell, with sugar-crazed kiddies dashing around, and little ones and grown-ups alike fighting for the sweets thrown out by the Reyes themselves. It will also be interesting to see if anyone decides to ‘don blackface’ as Balthazar this year. Madrid banned the practice last year and former Malaga footballer Ruud van Nistelrooy got himself in all kinds of trouble a few years ago for doing the same.

Enjoy the last of the celebrations. Personally I won’t be venturing out from the Casita till after Valentines!