The move comes after PP leader Mariano Rajoy declined the king’s  to stand at the first investiture session.

Spain has been without a government since December 20 when no party secured an overall Congress majority of 176 seats.

Sanchez is now expected to try to form a coalition with other left-wing parties, including Podemos, who won 69 seats in December’s general election and United Left (IU).

The PSOE won 89 seats, far short of the 176 seats needed for an overall majority.

On Sunday, Sanchez spoke to Podemos leader Pablo Iglesias for 20 minutes by phone.

Sanchez is believed to have reproached Iglesias for announcing on Friday that he wanted the deputy prime minister’s position in a coalition government.

The two leaders also clashed over the  necessary  time frame for the negotiations to form a pact.

Sanchez and Iglesias are due to hold more talks this week.

The PSOE leader has also opened dialogue with Ciudadanos, who secured 40 seats in December’s general election. 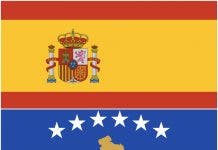 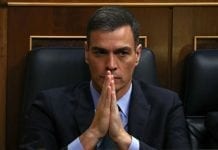