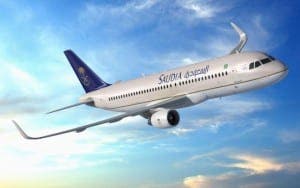 ALL 95 passengers have been evacuated from a Madrid-Riyadh flight after a note saying ‘bomb threat’ was found pinned to the wall of the toilet with a knife.

Barajas airport in Madrid is on alert after the flight to the Saudi Arabian capital reported a threat on board.

Rescue services and security forces were mobilized and passengers were evacuated safely.

Although the Saudi Airlines flight was due to due to take off 10.45am, it never took off after the captain reported the threat to groundstaff.