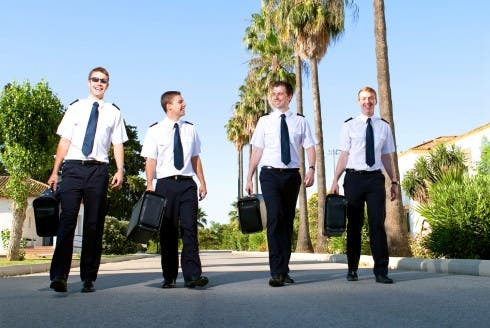 THE blue skies of Andalucia aren’t just a magnet for the thousands of Britishexpats who relocate here, year on year.

One of Europe’s largest pilot training schools also made the move from Scotland to the south of Spain, swapping Prestwick for Jerez in 1999.

And it’s not hard to see why FTEJerez – formerly called British Aerospace Flying College – has been turbo-charged by the change of location.

Its new home, a 45,000m2 former military base 2km outside the city centre, trains pilots for the major commercial airlines – Fly Emirates, British Airways and Aer Lingus, among others.

If you judge a school by the success of its students, FTEJerez gets full marks. Next time you take off with Flybe, Qatar Airways or Vueling, there’s a good chance your captain was trained in Jerez.

But there is a reason FTEJerez has built up such a strong network of airline partners, providing excellent postgraduate opportunities for trainees.

One of its USPs is the fact that all training takes place on the same site. 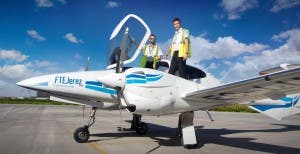 Take a pilot school in England, for example, and the flying stage of the training is always held elsewhere, such as Florida.

But in Jerez, the excellent conditions and campus accommodation means no jetting around is required.

But the clear benefit is that ground school and flight training can be combined, rather than tackled in separate stages. 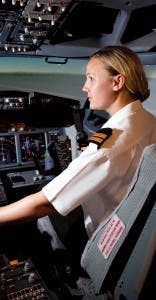 sily which can really help training. Our location has helped us become one of the biggest names in Europe.”

“It is important for the quality of training, but the lovely area is also a great factor,” he added.

Pilot training typically lasts an intensive 62 weeks, starting with ground school and progressing to single and multi-engine flying. The last month is spent in a Boeing 737 simulator before obtaining a licence and beginning a career.

About 50-60% of students are cadets being funded by an airline, while the rest are self-funded. However, many of the self-funded students are quick to find jobs with the school’s airline partners after obtaining their licences.

Finally, FTE is proud of the fact it has one of the most even ratios of male: female trainees in the industry.

Perhaps it is the lure of Southern Spain, the top-quality training or the excellent airline partners… it’s safe to say FTE is certainly on the right track.