A SPANISH province holds the biggest man-made forest on the planet. 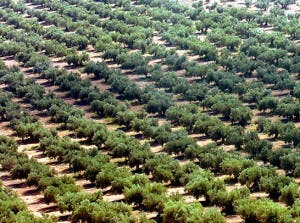 The olive-tree plantation in Jaen contains a staggering 64 million trees spread over half a million hectares, making Jaen the biggest producer of olive oil in the world.

Around 78% of the agricultural land in the area is reserved for olive trees, with picual trees the most commonly grown.

Other varieties grown include the royal, arbequina and cornicabra.

Documents show olive oil production began in the area from 2,500 BC with Romans exporting Jaen’s olive oil throughout its empire 2,000 years ago.