AN IRA breakaway group has claimed responsibility for the murder of David Byrne at a boxing weigh-in in Dublin on Friday.

The Continuity IRA has waged war on drug dealers throughout Ireland, following the assassination at the Regency Hotel where several Marbella-based boxers were weighing in.

Since the attack it has emerged that Byrne was a collector for the Kinahan clan which operates out of Marbella.

A spokesman for the Continuity IRA has said ‘more attacks will follow’.

“This is not an isolated incident,” he said. “Continuity IRA units have been authorised to carry out further operations.

“More drug dealers and criminals will be targeted.”

While Irish police have said they believe the shooting to be gang related, the Continuity IRA – renowned for its violence towards drug dealers – has claimed it was behind the attack.

The incident took place at the weigh-in for the Clash of the Clans event, arranged by boxing club MGM Marbella.

Two other men were injured after a group of men dressed as Irish police stormed the building with AK-47 machine guns.

The event, which was subsequently cancelled, was also set to feature MGM’s Jamie Kavanagh – the son of former Kinahan enforcer Gerard Kavanagh, who was mown down in a Marbella bar in September 2014. 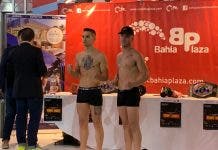 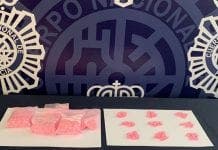 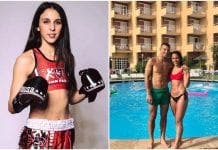