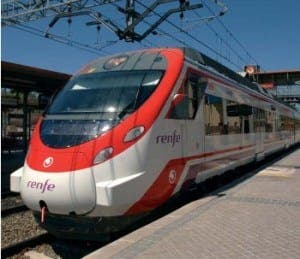 WE’VE all seen the battles in the Wild West films over which direction the railroad was going.

It could make the landowner a fortune in increased value or leave him with empty scrub land as he watched the smoke trail passing through the parallel valley.

These were days when no action was too bad to satisfy men’s ambition, pride and greed.

In Spain I’m sure that there were similarities regarding where motorways were built or the AVE station was to be placed, with some not being decided purely on technical engineering matters. Whilst in the Costa del Sol the major road routes are largely decided – except perhaps for the daft Ronda motorway, proposed to go through some of the most beautiful scenery in the area and then what?

Parking is a chronic problem in Ronda as it is, so whilst the trip there will be 20 mins shorter, that time then will be spent circling the town trying to find a legal space!

There are two major proposals that could radically affect the area.

One is the goods line proposed from Algeciras to join with the national network near Antequera; and the other is the coastal rail line extension westwards from the existing terminus at Fuengirola to Estepona and eventually San Roque to link with the Algeciras line.

Both could substantially affect the value of the land they pass through (or under).

Recently, I looked at a property near Ronda and only at the last moment remembered the goods rail proposal. One favoured route would have had heavy trains passing within 200 m of the house. Not ideal for somebody wanting an oasis of peace and beauty in the country.

So this proposal, if it ever comes to pass, is an example of where the good of the country as a whole (and no doubt a few businesses!) has to sacrifice the peace and value of the few.

The Coastal Rail Link seems much more identifiably beneficial to the general public as individuals, but with the country as a whole swithering over the cost.

It’s proposed to build the bulk of it underground, with stations popping up every few kilometres. The locations of these will be important as they will generate traffic, commercial use and raise the values of the homes that are within walking distance, but far enough away or blocked from the disturbance both of building and operation.

And just by these schemes being publicised, no matter how loco(!), remember that rumour, hearsay and abandoned proposals can also have an effect upon the value of a property.

So keep your ear to the ground for anything locally that might affect your environment and thus the value of your property.

SPAIN’S ROBIN HOODS: Retracing the steps of famous Andalucian bandits who took from the rich and gave to the poor