THE historic city of Santiago de Compostela is just a stone’s throw from one of the most westerly tips of Europe at Cape Finisterre, meaning ‘End of the earth’, and surrounded by some of the best countryside in Spain.

Why bother walking there – like thousands of peregrinos (or pilgrims) do every year – when you can now fly easily via numerous airlines from around Europe and Andalucia?

The airport is just 15 minutes from the city, which is a World Heritage Site, and if you hire a car you can reach numerous local beauty spots, beaches and historic, hidden gems in under an hour.

Head there out of season and you will find Galicia one of the least populated, least visited corners of Spain, with prices to match.

There is a fantastic range of places to stay and its collection of restaurants and bars in the centre easily rival the quality – if not creativity – of its Basque neighbours.

Here are a few ideas to whet your appetite:

The cape of Finisterre (End of the world) sits at the third most westerly tip of the ominously named Costa da Morte, or Coast of Death, which is found between the villages of Muros and Malpica. It inherited its name due to its rugged, exposed coastline, which has been a hotspot for shipwrecks for centuries and, even recently, included a number of oil tankers, such as the Prestige, in 2002. It is a stunning stretch of coastline pockmarked with pretty coves and headlands and interspaced with a string of austere, but scenic settlements, which would not look out of place in the Western Highlands of Scotland. There are many decent seafood restaurants, but the ones scattered around the 100-plus fishing boat port of Fisterra take some beating.

A short drive out of the city you will find one of the most unusual architectural projects in Spanish history. While heavily controversial, having cost many times over budget (and over €400m) to build so far, this interesting collection of six hilltop buildings designed by American architect Peter Eisenman is well worth visiting.

Its use of materials is extravagant and its genesis suspect, but its attractive staccato lines are an architect’s dream. While it is some way off being finished, you can visit a library and a newspaper archive, and if you are very lucky you may find an actual exhibition worth visiting, as I did with a fabulous display of works by Galician photographer Jose Suarez this Spring.

Word in your shell-like

The city’s tapas bars and ‘pulperias’ are a joy to dip in and out of. There are dozens in the old town and many serve up wonderful shellfish, including razor shells and clams, as well as the classic dish of scallops in olive oil, from where the pilgrims famous shell comes from.

Some rave about the authenticity of Gato Negro, although I preferred Maria Castaña, practically next door (see picture), while La Tasquita de Jacobus, in Calle Senra, had amazing squid and berberechos (a type of clam).

Not for the claustrophobic

Said to be the narrowest street in Spain, Calle Entrerruas is a tiny metre-wide alleyway linking Rua do Vilar and Rua Nova. With a tiny square in the middle with a tiny restaurant, best of all, each of its granite paving stones has a number engraved on them.

Masterful at the market

Slap bang next to the city’s famous fish market (which is also worth a visit during the day) is perhaps Santiago’s current standout restaurant. Abastos 2.0 is an atmospheric space with avant garde jazz music and some of the most exciting food in Galicia. Pop-up in style, its ingredients are local and the menu changes by the day, with many dishes served up by the chefs themselves with a distinct enthusiasm for their creations.

Expect fish, of course, while I also ate some fabulous dim sum and an incredible tender ‘rabo de vaca’ (tail of cow) with radish, spring onion and broccoli. A pre-dessert of ‘citrus apple’, baked in a bag of sugar, was unusual, while a smoky blackberry and apple sponge cake with cream of honey and blood orange ice cream was masterful. www.abastosdouspuntocero.es

If you are looking to properly immerse yourself in the local food culture, you will also need to get your head around the wonderful Galician wines. Since the Albarino grape from the Riax Baixas denomination took the world by storm two decades ago the region has had a revolution, now creating some of the best whites in Europe, from its two other regions Ribeiro and Valdeorras.

The grape varieties are hard to pronounce (try Treixadura), but in their Godellos they have something to easily rival the best Albarino. Meanwhile new reds keep emerging and get better and better. You’ll find decent wines in most of the city’s eateries, but if you really want to get amongst it why not head for the stylish, modern Bodeguilla de San Lorenzo, or its sister joints San Roque and Santa Marta, where you can find hundreds of local references.

If there is one stand-out building in Galicia it has got to be the cathedral of Santiago, which is almost as wonderful to look at from all four sides. Certainly no anticlimax for the thousands of pilgrims who walk for months to venerate themselves there each year, it is perhaps one of the most ornate buildings in Spain.

Part Gothic, part Baroque, it was first built in the eighth century, before being burnt down by the Moors and then rebuilt in the 11th century. Founded on the legend of St James, who brought Christianity to Spain and was later beheaded in Jerusalem, it is the journey’s end of the most famous Catholic pilgrimage in the world. You could spend days poking around it and there is so much going on, whether you are a believer or not.

The real joy of Santiago is simply wandering around its historic central core. Protected by Unesco, this maze of medieval paving-stone clad lanes is crammed with charming buildings, some austere, some more ornate.

Glistening after rain, their porticos and alleyways and arches lead to charming squares and, of course, everything tilts around the wonderful cathedral.

Strolling around the centre you will find a great range of interesting shops, from music to books and from shoes to art. Hat shop Sombreria Iglesias goes back over 100 years to 1912, while there is a charming shop Catrineta full of fish conserves (www.catrineta.com) of every size, description and taste, naturally next to the celebrated fish market, which coincidentally has its own website www.mercadodeabastosdesantiago.com

The scallop shells you see adorning countless walls of the city (even the cathedral) are associated with the apostle James. It has become the symbol of those making the pilgrimage to his shrine at the cathedral and it stems from a legend in which James saved a knight who had – bizarrely – been attacked by hundreds of the aquatic molluscs.

Practically, the scallop shell became a scoop – with pilgrims entitled to take as much oats, barley or wine as they could fit in their shell from houses they passed on their way to the shrine.

Out into the hills

Take a rural ride out into the stunning countryside east of Santiago and you will be heading broadly along the Ruta de Santiago, trodden by pilgrims for centuries. There are numerous historic villages and towns and within 30 minutes you out in the heart of wild terrain. Looking for a great spot to stay – or for a fabulous luncheon – head for Casa Brandariz in Dombordan, which has been putting up travellers for centuries.

A basic, good value menu, is supplemented by excellent local vino… and there are simple rooms upstairs to lay down your head for a siesta. www.casabrandariz.com 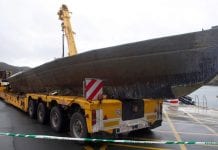 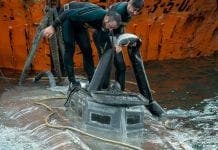