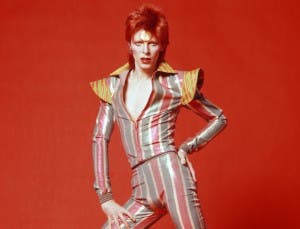 THERE’S nothing that reminds you you’re the oldest swinger in town quite like seeing the pop pin-ups of your yesteryear making their final exits from the stage of life.

With 2016 barely two months old, the list of musicians dropping off the metaphorical perch to join the heavenly choir is showing signs of growing longer than a Grammy Awards acceptance speech.

Along with David Bowie – not, after all, ‘the Peter Pan of pop’ – The Eagles, Earth Wind and Fire, Jefferson Airplane and Mott the Hoople all lost band members in the first few weeks of the new year. Sir Terry Wogan and ‘Ed Stewpot’ Stewart are no longer around to play their tunes either.

‘Mott the Who’ I hear you mutter? I grew up with all these young dudes, as they were then, so it’s like losing old buddies. They helped me through hard times and some serious rites of passage.

I wept over boyfriends to their sad lyrics, crammed for exams to their instrumentals and what I got up to during their extended guitar riffs is none of your business, all played on my trusty His Masters Voice record player. Not the wind-up variety, I’m not that old, although I do share the same vintage as 45 and 33 1?3 rpm vinyls.

But could it really be 40 years since I waved my parents off on the family summer holiday (the first I was allowed to miss as a reward for passing my A levels) as a mousy brunette, and welcomed them home a neon-redhead? I thought I looked cool with my spiky Ziggy Stardust mullet. My mum shrieked like she’d just seen a spider from Mars.

Bowie’s Let’s Dance, Earth Wind and Fire’s Let’s Groove… they were the stuff of my disco days down at Brighton’s Top Rank Suite, where my girlfriends and I turned dancing around our handbags on a go-go podium into a superbly-choreographed art form.

I’ll even miss fellow Irishman Sir Tel, although Radio 2 was far from being on the wavelength of a 1970s teenager. I mean, The Floral Dance …?

Curiously, even in death, the jury was still out on whether he wore a toupé.

One obit said not, another had him owning five wigs.  He was my neighbour in Torrevieja when I first moved to Spain in the early Nineties and we all thought it was a ‘syrup’. Why else did he always go swimming in a natty Panama hat?

But it was the death of not-so-bald Eagle Glenn Frey, at 67 years young (age is so relative), that really hit home. That and the back corset I’m now strapped into after a recent foray into the fleshpots of Algeciras to ‘take it to the limit’ with a bunch of (much younger) girlfriends. Perhaps this Desperado should come to her senses and lay off the tequila sunrises …

… on the other hand, Keith Richards is 72 and still ‘mad, bad and dangerous to know’, so maybe there’s hope for this old swinger yet.