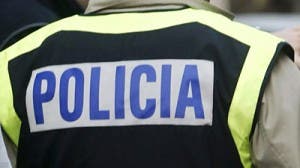 A SPANISH police officer has been found guilty of torturing a suspect.

Mallorcan officer – named only as Victor GF – has been given a three year prison sentence, after he held an empty gun to the suspect’s head and pretended to shoot him three times.

The incident occurred in the basement of Palma de Mallorca’s police station in August 2009.

The officer, 39, read his victim the riot act before illegally detaining him and tormenting him.

However, the officer is appealing for a reduced sentence based on the fact that this is his first offence.